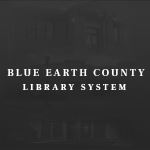 
The author was born in Mankato on April 25, 1892, to Thomas and Stella (Palmer) Hart. Even in childhood she was a storyteller and writer. When she was 10, her father had her poems printed in a booklet. While in her teens, Maud Hart sent stories to magazines and sold her first story at age 18.

After graduating from Mankato High School in 1910, Maud Hart attended the University of Minnesota. Following a short period of study abroad, she married writer Delos Wheeler Lovelace in 1917. The couple co-authored several books.

When their daughter Merian was young, Maud Hart Lovelace began telling Merian stories about her own childhood in Mankato. Lovelace decided to write one book about her childhood experiences, calling herself Betsy, and her friends Tacy and Tib. Betsy-Tacy books resulted. In Betsy and Tacy Go Downtown, Lovelace described her delight at the opening of the Carnegie Library. Mankato librarian Maud Van Buren appeared as Miss Sparrow in several of the Betsy-Tacy books.

Lovelace recounted more activities in turn-of-the-century “Deep Valley” in three additional books. Marguerite Marsh, a Mankato assistant librarian in the early 1900s is the main character in the novel Emily of Deep Valley.

Maud Hart Lovelace wrote 24 books, of which six are historical novels for adults. Most of her books are set in Minnesota. The author died March 11, 1980, in Claremont, California. She is buried at Glenwood Cemetery in Mankato.

Most books are now in print and available through the Betsy-Tacy Society and your local bookstores.